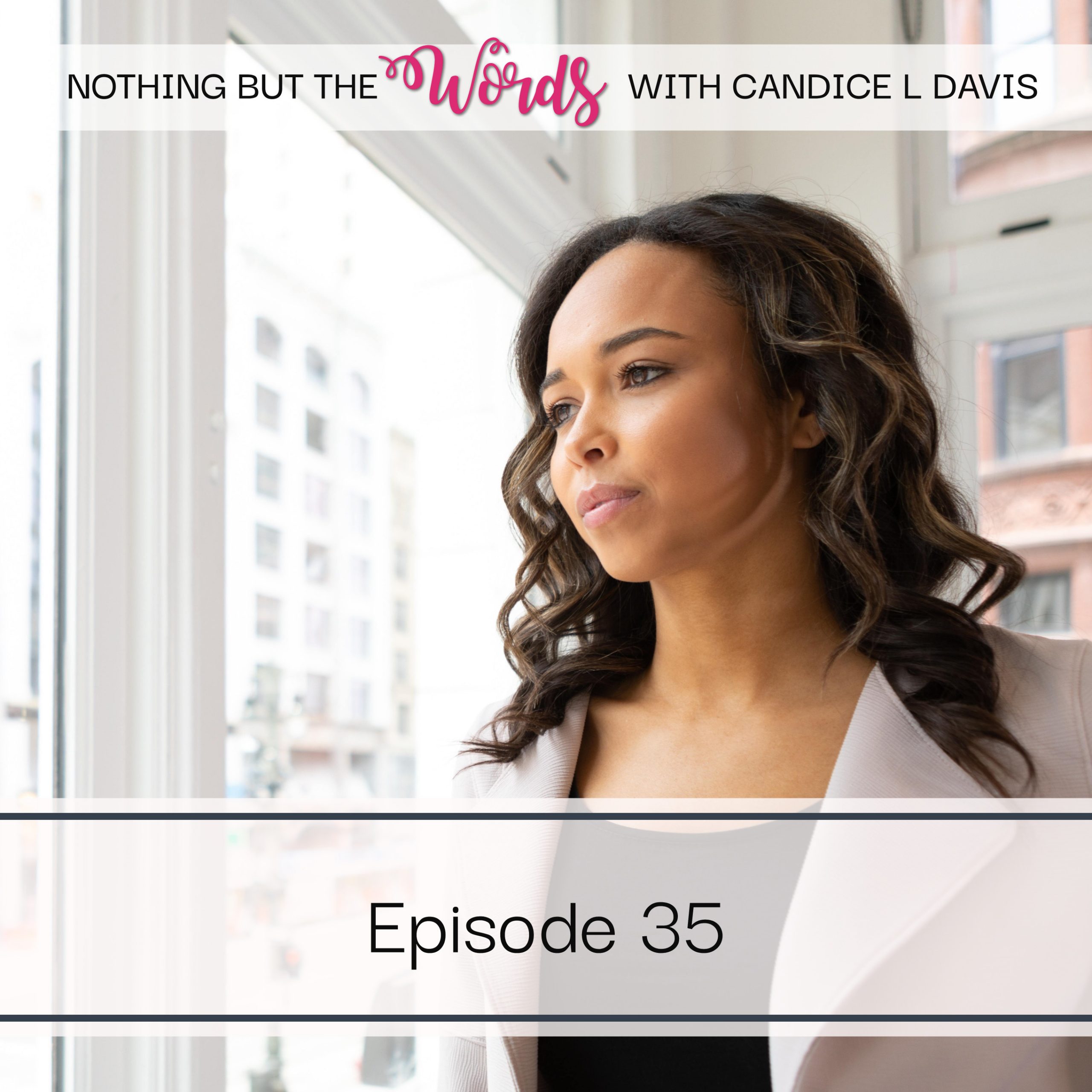 09 Jan 35. Dealing with Rejection as an Author

Posted at 19:47h in how to write a book, self-publishing, writing tips by Candice L Davis

Nobody likes it, but if you’re writing a book, rejection is part of the deal.

Rejection is a part of any creative process, and writing a book is no different.

People will reject your book idea.

They’ll reject the possibility that you have what it takes to write a great book.

And they’ll reject your finished product, the book you’ve poured your heart into writing.

Often, that rejection has more to do with other people than it does with you.

But how you deal with all this rejection will determine how successful you can be as an author.

In this episode, I share how to best manage rejection and keep writing and publishing in spite of it.

Mentioned in This Episode

Hey there, and welcome to Nothing but the Words. I’m your author coach, Candice L Davis.

I know it may not seem like it, but every author faces rejection before and after we publish our books. during the writing process. In episode #29, I talked about the value of getting feedback on your writing, but that’s not what I want to discuss today.

First, some people will reject the idea that you, you personally can become a successful author.

They’ll tell you to your face that you’re wasting your time.

Or they’ll suggest writing should just be a hobby.

The first kind of rejection is rejection of the idea of that you, you personally, can even become a successful author.

Recently, I was coaching an author who’s about halfway through writing his book. He plans to use his book to launch his career as a speaker. Even though he does some speaking right now, he wants to really build that side of his business, and ultimately, he wants to become a full-time speaker and coach.

However, when he told his father about his goals, his father essentially told him, “Don’t quit your day job.”

His father made it clear that, in his opinion, only a few lucky people get to do that kind of thing for a living. Your Les Browns and your TD Jakes and your Tony Robbins.

My coaching client didn’t say so, but I could tell he was hurt by his father’s words.

His father isn’t a cruel man or a bad father. In fact, he really wants to protect his son from disappointment.

Some people will try to steer you away from the idea of writing a book because they’re comfortable with who you are right now. If you become an author, you might change. You might not live the way they live anymore. They don’t want you to rock the boat.

Some people will try to dissuade you from writing a book because they’ve always wanted to be an author—or do something else unconventional—and your success in doing it will just shine a spotlight on their failure to try.

But some people, especially those closest to you, the people who really care about you, like my client’s dad, will tell you not to write a book because they want to protect you from what they see as inevitable disappointment.

They don’t understand how publishing works, so to them, it looks really hard, maybe impossible

They don’t know that you control the marketing and promotion and that people do buy books.

They have no idea that, even if you weren’t the best writer in high school or college, writing is a skill you can develop and get better at with a class or a coach and with practice.

They don’t have a clue that you can use your book to position you as an expert in your niche.

They don’t know there are more places and ways to sell your book today than ever before.

Don’t waste your time debating or explaining, and please don’t get caught up in trying to prove them wrong.

You’re writing your book for your own reasons and they should be enough to fuel you.

Find something else to talk about with those people. And let them see the evidence of possibility made into reality in the form of your published book.

The second kind of rejection is rejection of your book idea.

So you tell your best friend you’re writing a book, which she thinks is great.

But then you tell her it’s about personal finance, or parenting . Whatever your idea is.

And she asks, “Well, what do you really know about that?”

Or she says, “But there are already so many books on that topic.”

Or worse, she says, “I don’t think anybody will buy a book like that.

But here’s the thing. She may not be your intended audience for your book at all. In that case, her rejection is perfectly fine.

Even if she fits the One Perfect Reader profile for your book, your book is more than the subject you’re writing about.

Your book is your take on the subject.

Yes, it’s important to do some work to validate your book idea.

But you don’t need that validation from your friend and family or you colleagues.

You need it from your existing audience or from doing your own research with booksellers, articles, and search engine rankings.

Again, don’t waste your time trying to convince anybody that you have a good book idea.

If you’ve identified a need or desire in the marketplace, if you know your book can help someone solve a problem or achieve a goal, don’t get caught up in what other people think you should write about.

The third kind of rejection is rejection of your book.

One of my coaching clients published her personal development book last year.

She got dozens of 5-star reviews. But when she got her first 4-star review, she freaked out.

Mind you, her book was still selling well.

She was being invited to speak about it on podcasts and from the stage.

But that one four-star review messed with her mind and made her start questioning the value of her book.

She still has an average of five stars. But she has gotten a few more reviews that rated her book at three and even two stars.

She had to learn to deal with the fact that her books not for everybody. That rejection, such as it is, doesn’t mean much in the grand scheme of things. The book just wasn’t for those readers.

Dealing with rejection is part of being a creator. Anytime you even attempt to put something original out into the world, some people won’t like it.

Some people who are afraid to try won’t like that you have the audacity to try.

Some people who really care about you won’t like that you’re taking a risk and may get hurt.

Some people won’t like your idea, or your writing, or your finished product.

That’s just part of the deal.

Don’t get caught up in proving them wrong.

And don’t think you have to develop a thick skin or get tough to deal with that rejection.

All you really have to do is let other people mind their business and you mind yours.

Decide whose opinion really matters and when.

My life coach, Jody Moore, says: “Other people have the right to be wrong about me.”

Other people do have the right to be wrong about you, and they will be.

They’ll be wrong about your ability to write a book and succeed as an author.

They’ll be wrong about the value your book adds to the world.

Focus on the people you want to provide value for.

Write your book for them.

Publish it, and market it, and promote it for them.

The only way to avoid facing any kind of rejection with your book is either not to write it or not to let anyone know you wrote it.

When you feel like quitting or questioning the value you have to offer with your book, refocus.

Let the people who love you deal with their own anxieties about your ability to deal with impending doom.

Write the best book you can possibly write, and get it out to the world where it can do you and your readers some good.

If you want more tips on writing and encouragement to finish your book, follow me on Instagram @candiceldavis. I’ve got a lot planned for that platform in the next few months.

Thanks for listening to Nothing but the Words. I’m your author coach Candice L Davis, and I’ll see you next time.

Learn everything you need to know to write a phenomenal book. Subscribe on your favorite podcast player below.